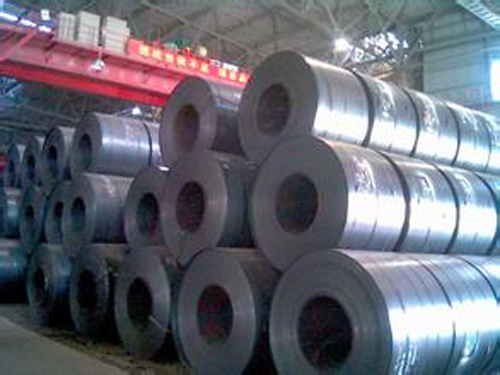 The HRC index was 109.68 points on October 21, down 0.05% from the previous trading day. Volume 1501 fluctuated weaker, closing 2874 or 0.28%. On the 21st, the hot-rolled market experienced a weak consolidation, with market prices in Zhengzhou, Shenyang, Harbin, Chongqing, Chengdu, Kunming and Urumqi falling by RMB 10-30/t, while those in Wuhan and Beijing rose by RMB 10/t. On the 21st, the price of 3.0mm hot-rolled coils in 24 markets across the country was RMB 3,172/ton, which was RMB 3/ton lower than the previous trading day.

In terms of specific regions, the Shanghai HRC: Tuesday morning HRC ** continued to rise, but the spot market price in Shanghai did not continue to rise, some of the specifications due to tight supply, traders have a slight trend of detection, such as 1.8- 2.0mm thin roll. In terms of intermediate specifications, individual merchants have considered a small transaction price of RMB 10/ton due to unsmooth transactions. However, most dealers still maintain their selling prices and continue to wait and see. Due to the small amount of new cargoes, there is little pressure on distributors to stock inventory in the short term, and some big customers have reduced their annual cargo volume of 2000-3,000 tons to 1,000-2,000 tons. As the current market price of hot rolled coils in Shanghai is still at a relatively low level in China, the enthusiasm of shipments from northern mills is not high. In the short term, mainstream prices in the market may continue to consolidate within a narrow range.

Tianjin HRC: The market has recently arrived poorly, market stocks have continued to decline, business reluctant sellers have become increasingly strong, and there are disagreements in their mindset, and quotes are confusing. Market turnover is not satisfactory. Dachang is in the mainstream 2960-2980 yuan/ton, China Railway 2930-2940 yuan/ton, and some large households have 500-800 tons of turnover. At present, the market circulation is still dominated by Baotou Steel Resources. Chenggang has a small amount of resources, and most of them are holding by state-owned enterprises. The quotation is high, but the transaction is difficult. Market, such as 2.3/2.75/3.0mm thin specifications are more tight, especially 3.0mm general volume continued to be out of stock, but due to the high price of steel locks, even so, no business opportunities to profit. It is reported that during the APEC meeting, Tangshan Iron & Steel Corporation had a total output of about 2.4 million tons, accounting for 1.6 million tons of pig iron, accounting for about one-third of Tangshan Iron and Steel production, but the actual impact on the production of coils was not significant. Steel accounts for 40% of the Tangshan agreement and 50% of other regional agreement accounts, which is in line with the October ordering ratio. On the 20th, Yanshan Steel's hot coil auction prices continued to weaken to RMB 2,850/ton. Local traders had a small amount of orders. However, the steel mills demanded a smaller proportion of manganese coils, and the volume of common coils was smaller, while the prices in eastern China and Jintang markets were basically the same. Relative deviation in ordering.

Lecong Hot Roll: On the 21st, the market price fluctuates, and the overall turnover is generally small. Individual merchants ship around 1,000 tons, and most merchants ship around 500 tons. It is understood that the recent arrival of Liugang hot coil resources is still relatively small, agents inventory is generally not much; Yan Gang steel delivery costs are high, traders will not be willing to order; other steel plant arrival plans are relatively limited, Lecong Hot coil supply pressure is not great. However, taking into account the fact that terminal manufacturers' orders did not materially improve, the demand for follow-up efforts was general, and the overall supply and demand fundamentals showed a weak balance. It is expected that Lecong hot rolled prices will be difficult to make significant fluctuations within a short period of time. Today, prices may continue to sideways.

Silicone coatings: One or two sides with either solvent based or solventless silicones. Standard easy or modified release

Printing: Most grades are available with one color printing